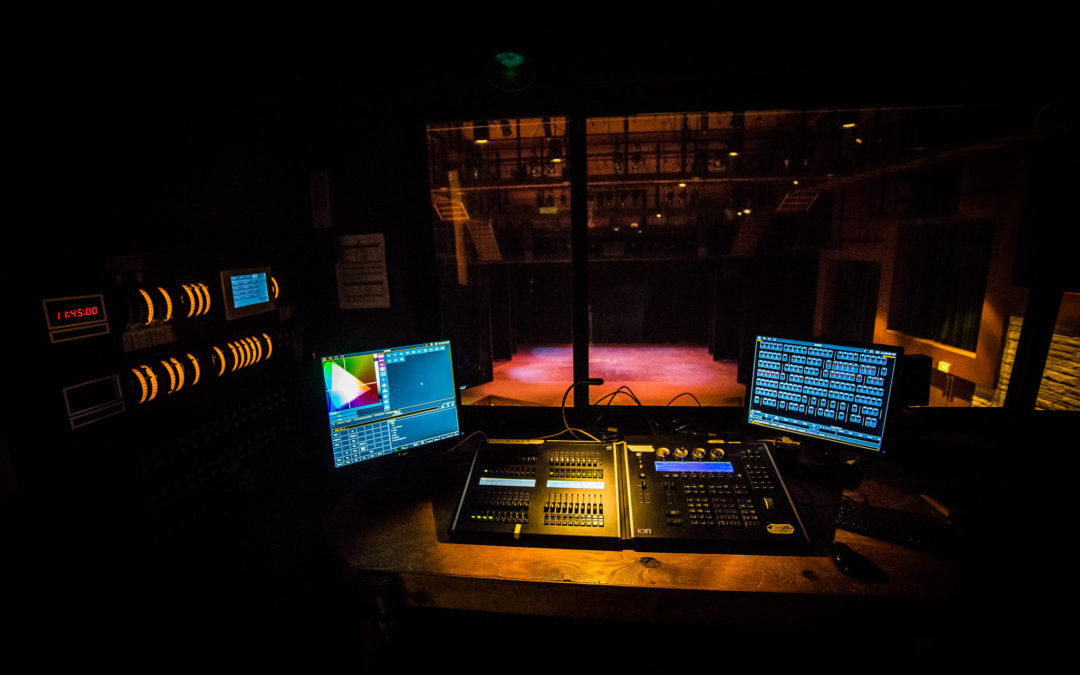 When you go to a show at the theatre, your attention may be drawn to the actors and actresses, the music, and watching the story unfold, but have you ever wondered how it all comes together behind the scenes? Without a stage manager, it might not be possible to bring it all to life for you!

I recently sat down with Parker Kaeding to talk about just what is meant when someone says “stage manager.” Kaeding, a junior, has been a part of the Saint Mary’s Theatre Department since freshman year. He took the time out of his busy schedule to sit down and chat about his role in this performance. He arrived just in time, full of energy before we even began talking. “I am in charge of talking to all of the designers and being in the rehearsal room, keeping track of all of the things that happen, as far as props, costumes, and set goes, talking to the necessary people, and getting the bones of the production together so that when we get to the technical rehearsals, it all comes together,” he shared, pausing to catch his breath. His passion for the role could not have been clearer. “The biggest thing is that during the show, every light cue that you see, every light change that happens, every time a set piece comes on stage, every time a prop enters stage, that’s something that’s directly happening backstage over headset. All of that happens on my voice, so it’s one central person calling all of that stuff to make it run smoothly.” Throughout our conversation, Kaeding seemed both happy to be there and ready to go work on the performance. He then explained that time was the biggest challenge for him in his role. “It really is finding time for things outside the show, because as a stage manager, I feel like I’m on call 24/7.” Even the time we took to talk ran straight into his obligations as a stage manager, a  sign that he is always going, jumping from one task to the next without taking the time to catch his breath. This means that he will “be up super late doing reports, sending out emails, getting breakdowns together, making my script look the way I want it to look so that way I can be organized and prepared for rehearsals.” With rehearsals sometimes running over four hours, “fitting this schedule, the specific show schedule within the theatre department, into the wider campus schedule turns into a bit of a conflict and a challenge, but helping those things come together is part of the fun.” As he said so, he checked his watch, making sure he was keeping to his busy time schedule.

Kaeding shared that his “favorite part is tech, and being at that desk, watching that show come together, and being able to facilitate and know when things are supposed to happen. Then, once we’ve gone through it cue by cue, with everybody around, we run the show. Watching the show come together for the first time is so cheesy, but it’s the best part,” he said, smiling. When asked what sets this production apart, Kaeding said “this particular production is so unique. It’s something I’ve never worked on before.” Kaeding mentioned the fact that it is a musical revue. “There’s not necessarily a through plotline, [and] there aren’t specific characters that we’re following,” he said. “We have the script laid out by actors’ names. We divided up the songs and the music. It’s really fun.” Kaeding mentioned some of the confusion surrounding his title. “Trying to explain what I do is so complicated, but the production couldn’t happen without [the stage manager]. I’ve got three assistants, two assistant stage managers and a production assistant. The two assistant stage managers are Rachael Workman and Rachel Rougas, and the production assistant is Amanda Pohlman, two freshman and a sophomore, and all three of them are amazing. A lot of it is paperwork, general crowd control, tracking the props, and they do so, so, so much work that just kind of goes overlooked.” As he talked about them, it was clear how much he was grateful to have them. “I have to thank my ASMs and my production assistant for all the work they did, given they’re so good at what they do.” With that final thought and a quick thank-you, he was off to his next task: running the evening’s rehearsal.

A Grand Night for Singing  opened Thursday night and it will run through Sunday’s 3 p.m.  performance. With all of the well-known songs of Richard Rodgers and Oscar Hammerstein II, it is sure to be a delight for anyone who loves the nostalgia and spectacle of musical theatre. Besides, how could it not be, with such a devoted stage manager as Kaeding helping to bring it to life? One thing is certain:  “it’s really cute, it’s very much about love, and I’ve enjoyed watching it come together.”