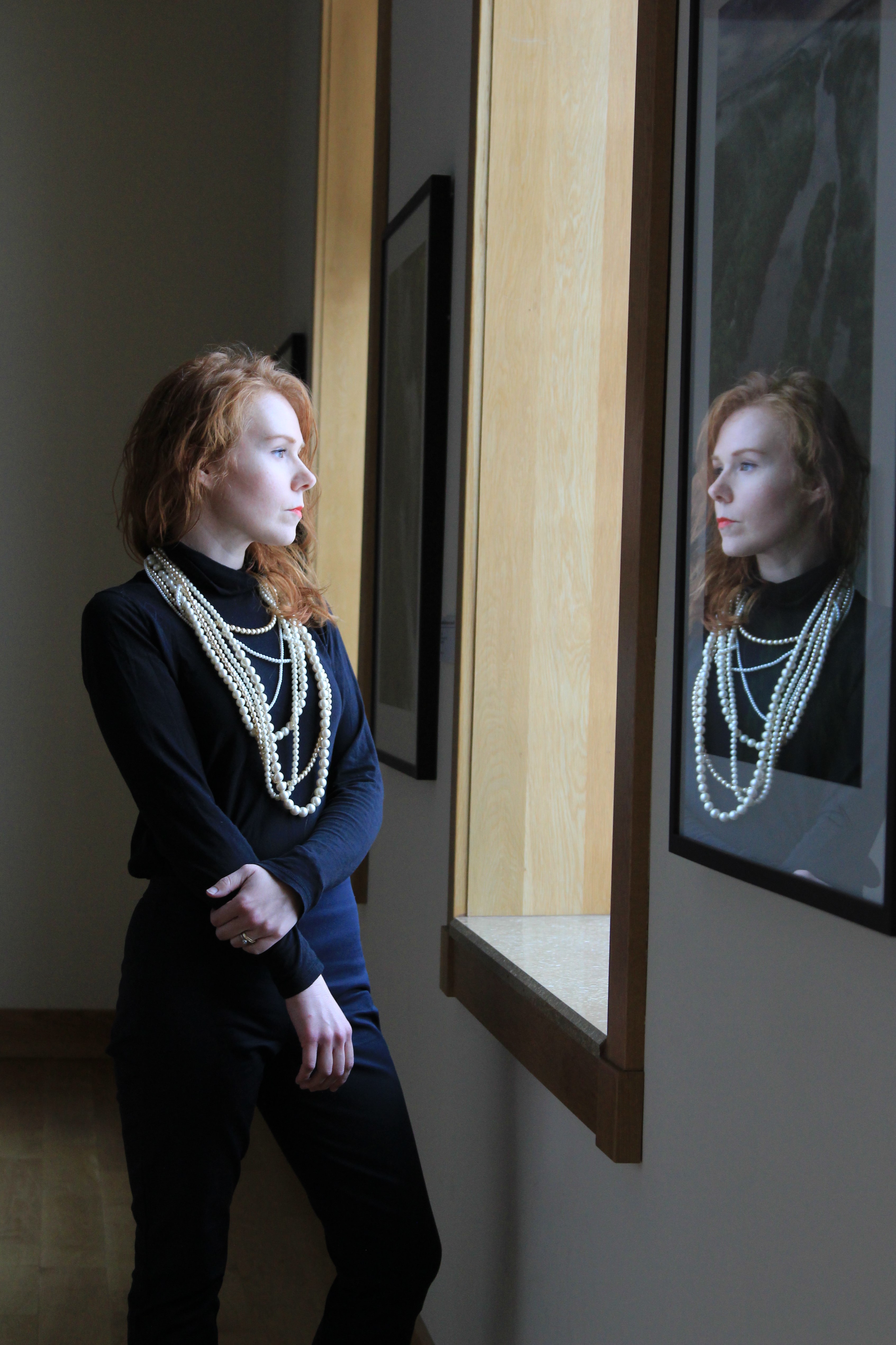 A portrait of Georgia O’Keefe and Paul Simon hang in my home and inspire me when I am taking portraits. O’Keefe was photographed by her husband Alfred Stieglitz, a well- known photographer from the early 1900’s. Simon was photographed by Maria Cosindas in 1977 for the cover of his Greatest Hits album. Both appeal to me because of the way they captured their relationship to their “subject.”

For the last year, I have been looking (not staring) at people. Some of them I know well and some not so well. Nonetheless, I asked them if I could take their portrait as I prepared for this exhibit. I attended Sharon’s dance performance at The Outpost and later asked her if I could take her portrait. One afternoon we walked through downtown Winona, stopping along the way at different locations but it was at the empty lot on 3rd street with the brick wall and that caught my eye for an interesting backdrop. On another day I walked into the Coop and my friend diane was sitting at the lunch counter with the afternoon light shining on her face and I pulled out my camera and literally sweet talked her into letting me capture her in that moment. I asked my “little sister” Jinnah to pose for me after berry picking on a rainy afternoon. I facebooked message Ed to meet me at Latsch Island so we could do a photo shoot while he stood in the Mississippi River at day’s end. Each portrait has its own story.

I find it is a mix of the “right” light and the attention paid to the person’s features that make the image stand out. It’s the natural light coming through a window, the early morning or late- in -the -day light, or the semi overcast light. It’s also the pearl necklace, the Annie Hall glasses, the vintage beret hat, the tattooed arm, the newsboy hat, the linen blouse or the hair style. It’s also the warm smile, the intense stare or the sense of humor that they brought to the session.

It’s important for me to have each person looking directly at me and into the camera. It makes for a more personal connection and impact between myself and the person in front of me as well as to those of you who are looking at these portraits. You have my permission to stare all you want!

“The camera was waiting for me by predestination and I took to it as a musician takes to a piano or a painter to a canvas….” Alfred Stieglitz