Deeply influenced by traditional Creole, Cajun and Haitian music, as well as by American jazz and folk, Leyla McCalla’s music is at once earthy, elegant, soulful and witty — it vibrates with three centuries of history, yet also feels strikingly fresh, distinctive and contemporary.

Leyla McCalla’s music reflects her eclectic and diverse life experiences, projecting a respect for eloquent simplicity that is rarely achieved. Born in New York City to Haitian immigrant parents, Leyla was raised in suburban New Jersey. As a teenager, she relocated to Accra, Ghana for two years. Upon her return, she attended Smith College for a year before transferring to New York University where she studied cello performance and chamber music. Armed with Bach’s Cello Suites, Leyla moved to New Orleans to play cello on the streets of the French Quarter.

After touring with the Carolina Chocolate Drops, McCalla began to concentrate on a solo career. Her debut album, Vari-Colored Songs, a tribute to Langston Hughes, was named album of the year by both the London Times and Songlines magazine. The title of her sophomore effort, A Day for the Hunter, A Day for the Prey, was ultimately derived from a Haitian proverb. It featured songs in English, French, and Haitian Creole, with appearances by Marc Ribot, Rhiannon Giddens, Louis Michot of the Lost Bayou Ramblers, and New Orleans singer/songwriter Sarah Quintana. Her recently released third album, The Capitalist Blues, reflects the influence of New Orleans on her music, as well as the “pressure cooker” effects of today’s society.

“It’s an exhilarating thing, hearing a musical virtuoso explore her voice’s unanticipated potential in all of the ways that Leyla McCalla does. She’s a formally trained cellist who’s loosened her playing from the strictures of classical technique, teasing out its more nimbly rhythmic qualities. She’s a cunning interpreter and arranger, equally at ease with English, French and Haitian Creole, given to gracefully flitting around the beat with her feathery timbre and finespun vibrato. She’s also a singer-songwriter, tracing the intricate textures of post-colonial, pan-African experience with her poetic language of longing.” 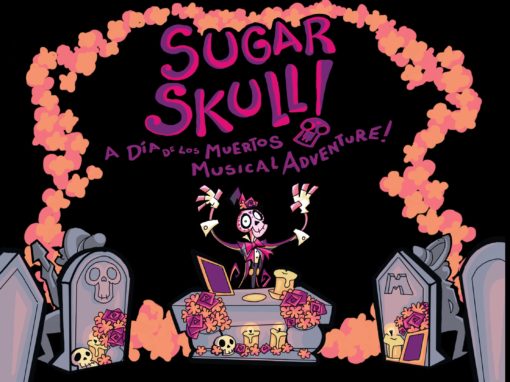