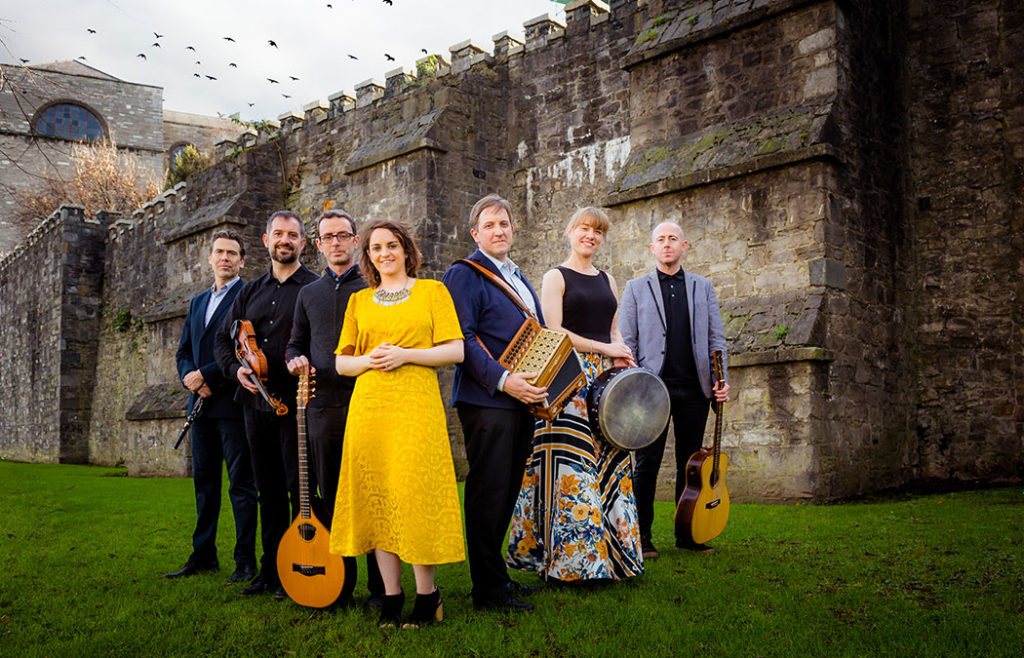 WINONA, Minn. — The Page Series at Saint Mary’s University of Minnesota will bring renowned Irish music ensemble Danú to Winona for one night only. The band will perform a 7:30 p.m. concert at the Page Theatre on Thursday, Feb. 27.

Hailing from historic Counties Waterford, Cork, Donegal, and Dublin, Danú is one of the leading traditional Irish ensembles of today and has been lauded for their “vibrant mix of virtuosity, energy, and empathy” by The Washington Post. Their standing room only concerts throughout Ireland feature high-energy performances and a glorious mix of ancient Irish music and new repertoire.

Danú’s virtuosi players on flute, tin whistle, fiddle, button accordion, bouzouki, and vocals (Irish and English) have performed around the globe and recorded seven critically acclaimed albums. Their live DVD, “One Night Stand,” was filmed at Vicar St. Dublin. Winners of numerous awards from the BBC and Irish Music Magazine, Danú has toured throughout Europe, the Middle East, and North America with stops at The Hollywood Bowl in Los Angeles, Symphony Space in New York City, and major concert engagements in the United Kingdom, India, Israel, and across Europe. Danú takes its audiences on a musical journey to their native Ireland, offering a moving and memorable concert experience. Danú’s popular recordings are available on the Shanachie label, and live performances are often broadcast on NPR, CBC, and BBC.

Prior to the performance, Danú will also offer a free Page in History talk at the Winona County History Center Thursday, Feb. 27, at 3 p.m. Band members will share about their 25-year history of performing around the globe, introduce themselves and their instruments, and perform a preview of their Page Series concert. This program is open to all; registration is not required to attend the talk.

Tickets for the performance are $27 for adults, $24 for seniors and students, and $18 for youth ages 17 and younger. Tickets can be purchased online at pagetheatre.org, or by calling the Saint Mary’s Performance Center box office at 507-457-1715 (noon to 6 p.m., weekdays).

About the Page Series
Now in its 33rd season, the Page Series connects professional performing artists from around the globe with thousands of Winonans each year. With events at the Joseph Page Theatre on the Winona Campus of Saint Mary’s University of Minnesota, as well as at locations across the Winona community, the Page Series offers dance, music, and theatre performances, workshops, classes, and more that inspire, uplift, educate, and invite community members to discover the relevance of the arts in their daily lives.

This activity is made possible by the voters of Minnesota through a Minnesota State Arts Board Operating Support Grant, thanks to a legislative appropriation from the arts and cultural heritage fund.

This activity is made possible by the voters of Minnesota by a grant from the Southeastern Minnesota Arts Council, thanks to a legislative appropriation from the arts and cultural heritage fund.

Page Series community programs are made possible, in part, through grants from the Xcel Energy Foundation.